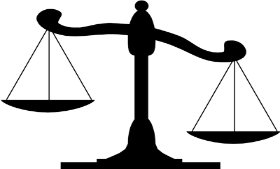 Any case that is heard before a court must first go through a petition. A petition is a document that lists the things you are accused of or charged with. The petition states that you did something that is against the law and asks the Juvenile Court to decide that what it says is true, but does not prove anything. The DA files petitions with the court. Once a petition is filed, you may have to go to Court several times. Each time you have to go to Court, you will receive a Notice to Appear for a “hearing.” There are many types of court hearings to make different decisions on a case:

Initial Petition Hearing/Arraignment - This is the first court appearance if you were arrested by a law enforcement officer, but were not taken into custody at Juvenile Hall. You will be mailed a notice of this hearing and are expected to attend. At this hearing, you will be advised of your rights, appointed an attorney if you do not already have one, and be read the charges filed against you.

Detention Hearing, – If you are detained, this hearing will take place within 48 or 72 hours. The judge will decide if you can go home or must stay in juvenile hall until the next hearing or until your case is completed. Some examples of why a judge may order continued detention include if you have violated a court order, are a risk to flee the court’s jurisdiction, or pose a threat to yourself or others.

Pretrial or Settlement Conference (Jurisdiction Hearing, Part 1) - The judge, lawyers, and probation officer try to resolve the case without having a trial. The judge decides if you actually did what the petition says. The judge will ask you to admit or deny the charges listed in the petition. Your lawyer will consider the evidence and possible outcomes, and then advise you what to do.

Trial (Jurisdiction Hearing, Part 2) - The prosecuting attorney will show evidence to prove the charges. Then your lawyer will present evidence in your defense. The judge will consider all of the evidence and decide if the charges are true “beyond a reasonable doubt.”

Disposition Hearing - This hearing takes place only if the judge decides you committed a crime and the petition is true. The judge then decides the outcome of the matter and what orders to make for your case. In some cases, this is done on the same day as the Jurisdiction Hearing. In sentencing you, the judge has many options, including, but not limited to, ordering you placed on court ordered diversion, non-ward probation, or probation; to pay restitution; to submit to search and seizure and drug and alcohol testing; comply with a curfew; participate in counseling; and/or serve a commitment at juvenile hall or a camp.

Hearings on Motion – These are court dates to work out different things, including legal questions that affect your case. They can come up at any time during the case.

Review Hearings – These hearings provide a way for the Court to check how you are doing on probation, as well as the progress you are making with complying with your terms and conditions of probation.

Transfer to Criminal Court/Suitability Hearing – The juvenile court judge will decide if the case of a youth who is 16 years or older should be transferred to adult criminal court. Youth fifteen years of age and younger cannot have their cases transferred to adult court, with the exception of those who committed a serious offense when they were 14 or 15 and were not arrested before juvenile court jurisdiction over the case ended. This hearing only happens for very serious or violent charges and only if the DA asks for the transfer.